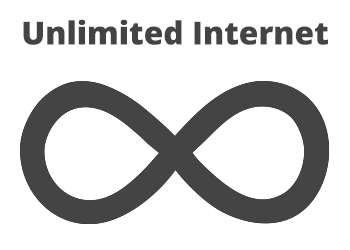 When we sign a contract for Internet, we count first of all on convenience and constant access to the network. When deciding on mobile Internet, we must be aware that there may be some limitations. The biggest doubt may be the data limit.

When we use the Internet a lot, unlimited Internet is the best solution. This ensures that it won't suddenly run out, for example, when downloading files. Operators are increasingly encouraging with their offers, in which they offer unlimited mobile internet.

Then, too, we could have internet everywhere and not have to worry that we are approaching the limit. Sounds great, but we would not necessarily actually sign a contract for unlimited transfer.

Telecommunications companies are well aware of the importance of data in today's world and the demand for the fastest possible transfers. Unlimited mobile Internet is appearing more and more frequently. In theory, we can say that the limit is not there, but in practice it does not look so rosy. After we exceed some contractually specified transfer, we still have access to the network, but the speed drops dramatically.

Sometimes it is so low that it is difficult to use the Internet in any way. Most customers are not happy about it, but officially the Internet continues to be. Fortunately, operators, seeing what is happening in the market are moving away from unlimited internet, instead talking about increased data limits.

What are the limits of well-known operators?

In principle, limits appear with all operators. When signing a contract for mobile Internet, we must reckon with this. However, already what is the subscription with a specific limit may look different. Until recently, the exception in this regard was T-Mobile, where there were actually no such limits. However, the operator is now moving away from the limit in favor of the aforementioned transfer increase. Which is likely to meet with great approval among customers.

In Play, theoretically, there is internet with no data limit, At least that's what it says in the offer. With a subscription of 80 zł there is a limit of 300 GB of transfer. Once exceeded, the speed drops to… 1 Mbps.

Orange does not talk about no limits at all. With a subscription of PLN 69.99 there is 250 GB. Later, as in previous cases, the speed drops to 1 Mbps. The advantage of this offer is night transfer without limit. From 24 hours.00 to 8.00 use the Internet without any restrictions.

In T-Mobile there were actually no limits until recently, for that the fixed speed was lower than in other networks. After the changes, the most common is Play. There are several different limits to choose from: 100 GB, 200 GB and 300 GB. Prices are also comparable. And also when exceeded, the speed drops to 1 Mbps.