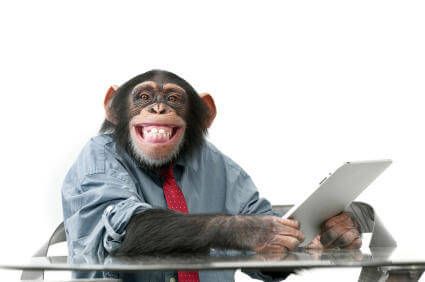 CCC: fighting for every penny, or maximizing revenue with a budget

CCC mobile app was conceived and implemented as a central element of omnichannel customer relationship and ultimately the main channel for generating sales. The goal of the campaign – in addition to acquiring new users of the application – was also to convert existing customers from offline to mobile. The key KPI was to build a community of loyal and engaged customers who will buy more and more often in the app.

Quantitative goals were set for the campaign.

To address the aforementioned challenges, our activities had to go beyond the standard. Only an innovative and customized approach could meet the challenge.

We decided to avoid standard techniques for capturing high install volumes and remarketing. It would only grow the user base without affecting sales. Instead, we decided to deeply analyze inbound traffic from each source, measuring LTV and optimizing CPA (cost per mobile purchase).

To translate strategy into action and targets, we worked with CCC to develop key KPIs to track performance and increase loyalty and sales.

The standard approach to app promotion based only on cost per install (CPI) acquisition provides stable and low-cost user growth, but without the effect of generating mobile purchases. Reducing CPI costs usually involves lower quality traffic.

We moved from standard CPI to a CPA-optimized model. Thanks to the implementation of advanced analytics and the 3rd party Mobile Measurement Provider tool, we accurately measured all events in the customer's purchase path, and all performance measures were scaled to maximize final conversions in the purchase funnel. We focused on sources and placements that generate the highest LTVs.

The campaign at different periods was kept at optimal levels by implementing a mechanism that takes into account seasonality by ensuring stable traffic during the low season and scaling the campaign to users with higher purchase intent and using higher CPI rates during peak periods.

We implemented the MOBILE360 activity to improve the customer experience. We were aware that a seamless transition between the website and the mobile app was crucial to drive customers to make an in-app purchase.

We used the following mechanism in the ads:

– after clicking, users who had the app installed were directed straight to products or listings related to the communication,

– otherwise, users went to the app store, but thanks to deeplinks, after launching the app, they saw products from the ad they clicked on.

The effects of this approach were a 350% increase in re-engagement effectiveness.

We allocated 100% of the budget to mobile digital activities. Since the key KPI was to increase in-app sales, in addition to using the Google and Facebook networks, we placed part of the budget in sources based on OEM spaces, ensuring the highest possible quality and zero fraud. We used m.in. From the mechanism of remote smart pre-installation and the so-called "smart" pre-installation. app recommendation engine. The campaign was characterized by a slow but steady increase in LTV. After 3 months, the LTV was comparable to the most effective channels, such as Facebook and Google.

In order to achieve a synergistic effect, paid media were coordinated with organic campaigns. It was a dedicated application campaign on the CCC website and e-store, mailings, SMS and PUSH, newsletters and ASO.

Own channels were managed according to all the rules that apply to paid media campaigns.

We met all ambitious qualitative and quantitative goals: 3.1 million active users; +112% revenue; +62% ARPU, +33% engagement in the app. An additional award is the second place in the Shopping category on Appstore and Google Play.

Even in a highly competitive market such as the shopping app market today, we were able to achieve the campaign's lofty goals thanks to a clever approach and the use of data analysis. It turned out to be crucial that instead of focusing on volumes and lowering installation costs, we optimized the campaign for CPAs. This made it possible to use more expensive, better quality sources to attract committed and loyal customers.

In the case of our campaign, the title "fight for every penny" did not mean to save money, but to maximize the revenue with the set budget.