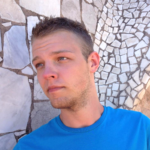 Kamil Wójtowicz, mobile sales specialist at Grupa Onet prepared for GoMobi.pl analysis of several projects of this publisher using mobile marketing techniques. Today about the campaign prepared for Nissan, characterized by high engagement at the level of Rich Media.

In 2012, in response to the increasing demand from the market for a non-standard approach to marketing in the mobile area, the Onet Advertising Bureau implemented a large number of creative advertising campaigns. The conviction of the validity of the “mobile first” standard also in the advertising market resulted in a sizable library of case studies, which we created together with our partners who appreciate modern tools and are not afraid to invest in innovative solutions. The level of satisfaction achieved with the effects of individual campaigns gives reason to believe that this is just the beginning and the mobile world will bring many more interesting projects next year.

Proof that we are constantly looking for new solutions in the mobile area is the following A campaign for the Nissan brand consisting of two elements: a commercial magazine and interesting Rich Media creations. Commercial mobile magazine is an exclusive product broadcast on the homepage of the mobile version of Onet. The form, similar in appearance to editorial materials, makes the magazine is not perceived by the audience as a standard advertisement. Thanks to the possibility of adding large graphics and descriptions, the creation is an ideal solution for image and information activities.

The magazine is broadcast in the central part of the main page of the mobile version of Onet, among the most popular content recommended by Onet editors. Placement guarantees excellent exposure of commercial content. Most importantly, through simple gestures, the user can freely move between different pages of the magazine, from which selected elements take him to the page indicated by the partner.

The campaign was supported by the emission of an exposure campaign using a form of Rich Media. Creatives emitted on Onet mobile sites are automatically sized to fit both smartphone and tablet screens. After clicking on Mobiboard, a layer opened where the partner placed a visualization of the presented car model. To see the Nissan Juke from each side, the user could move the image to the right or left. Thanks to the large advertising space, there was room for buttons directing to the manufacturer’s website, where it was possible to make an appointment for a test drive of the new Nissan car model. 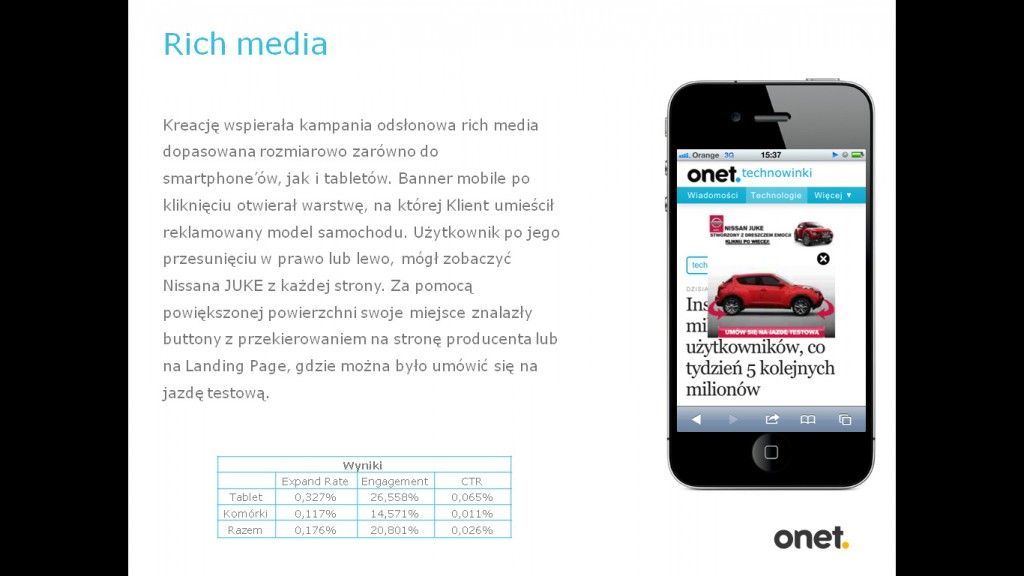 Mobile Rich Media became a hit of the past year at Onet. Since February, we have aired fourteen such campaigns. The range of possibilities offered by the use of these formats convinced marketers to use them effectively and efficiently in marketing communications. Video placement, photo gallery and product panorama solutions were most popular.

We hope that in the coming year we will be able to implement campaigns with yet unused functionalities, such as placement of mini games, or product zoom. Huge potential also lies in advertising 3D, Which we introduced at the end of last year.